The dream of indefinitely durable reinforced concrete structures fell apart half way through the last century, when it became obvious that severe exposure conditions could yield serious structural issues. In most cases, the deterioration mechanism involves the corrosion of the steel reinforcement bars due either to chlorides penetration through the cementitious matrix, or to concrete carbonation. As a consequence, whenever the risk of an aggressive environment is assessed, a proper protection technique needs to be applied in order to preserve the desired service life.

From the first trials, in the mid-seventies, Impressed Current Cathodic Protection (ICCP) proved to be an appropriate corrosion mitigation technique for atmospherically exposed reinforced concrete structures, demonstrating its cost-effectiveness in the case of new structures, or of chloride contaminated – not yet structurally compromised -constructions.

When facing a new project, the cathodic protection engineer has to deal with two very important decisions concerning the material choice (anode type), and the design features, where the latter require considerations about the protection current and the current’s distribution.

Important features that characterize CP anodes are: high surface area, long service life, chemical stability, good mechanical strength, safe and easy handling/installing, low weight and aesthetic compatibility. Activated titanium electrodes (Mixed Metal Oxides – MMO) satisfy all of the above features and are currently among the most widespread used anode systems for the ICCP of reinforced concrete structures. MMO anodes are produced by manufacturers in a wide range of shapes and sizes; those used in the cathodic protection of concrete structures fall typically into two categories:  expanded metal nets and narrower expanded metal ribbons.

Expanded nets are produced in coils of about 1.2 m width, whose maximum current output (generally ranging from 15 to 45 mA/m2) depends on the mesh size. This type of anode provides a good current distribution and can be readily applied to large flat surfaces, but is less versatile when dealing with more complex geometries.

Ribbon mesh anodes consist in high density meshes, characterized by widths ranging from 10 to 25 mm, and having maximum current outputs of 3 to 7 mA per linear meter respectively. Such anode types can be used by themselves or in addition to the above net system in order to provide locally additional current in case of a higher rebar density or, as mentioned, more complex geometries.

Along with the anode type choice, the protection current density and the current distribution paths are among the most important factors to be considered by the CP designer as they can dramatically affect protection efficiency. Secondary factor decisions – such as weight, aesthetics, maintainability and track record – may often result from a constraint derived from the available budget, but current density and distribution should not be compromised.

Along with the total applied current density, how the current is distributed is critically important, as corrosion protection is achieved only if at each point of the cathode, the effective current density is equal to the protection current density. Deviations from such a value could result in a lack or in an excess of protection.

Compared to submarine or ground buried cases, in atmospherically exposed concrete structures, achieving a homogeneous current distribution is far more difficult because of the high concrete resistivity (100 – 10’000 W.m), rebar geometry and short anode-cathode distance. For such reasons, the use of distributed anodes like those above (net and ribbon mesh) proved to be among the best options. Obviously, the more distributed the anode system, the more the current distribution is uniform; in this context, net anodes certainly provide undeniable benefits; however, mainly due to economic reasons, sometimes CP designers tend to prefer linear ribbon mesh anodes.

In this latter case, the uniform current distribution is guaranteed by careful considerations regarding anodes size and their spacing. Both the parameters are correlated to what is known as throwing power, i.e. the distance from the anode at which the immunity conditions are guaranteed. The estimation of current distribution and throwing power in case of complex geometries and heterogeneous media, such as concrete, is a very complicated task, and usually requires computer modeling by means of Finite Elements Methods (FEM); however, a less rigorous approach can be based on empirical equations. According to Lazzari and Pedeferri (see reference below) in the case of linear anodes embedded in concrete, the maximum spacing is given by:

Although, because of the logarithmic term at the denominator, the doubling of the anode size does not allow to double the spacing length; the above equation clearly implies that decreasing the anodes size, the maximum spacing is shortened, and thus the anodes number increases.As a rule of thumb, the cost of two ribbon mesh coils is higher than one single coil having a double width (i.e. same total surface); this is because, independently from the production method,  the former case necessarily has higher manufacturing costs.

On the other hand, the use of a higher number of less spaced, thinner ribbon mesh anodes, more closely approximate the expanded net approach, and certainly provides a more even current distribution with respect to larger, and wider spaced anodes. Decisions about anode types, their dimensions and spacing should be carefully taken, bearing in mind that, as always, in the engineering process, a deep analysis of costs – benefits – reliability proves to be of crucial importance.

* Unfortunately limitations in formatting did not allow me to use apex and subscript, sorry about that. 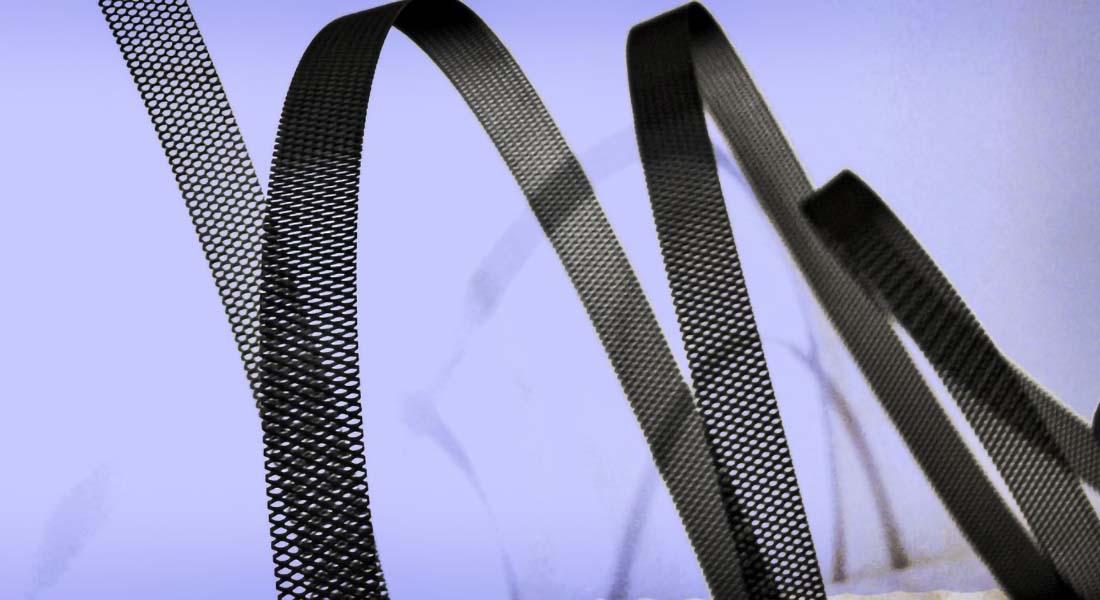